We love to go exploring as a family. Last year, we gave Jacob and Oliver a theme: “find places older than Grandpa.” They got creative really quick, realizing that any state park counts (“dirt is older than grandpa!”) as did pretty much any museum. Probably our hit from last year was the visit to the tunnels under Ellinwood, KS.

This year, our theme is “places we can fly to”. A couple of weeks ago, Laura had a conference in the beautiful small town of Beatrice, NE. So all four of us flew up, and Jacob, Oliver, and I found fun activities while Laura was at her conference. 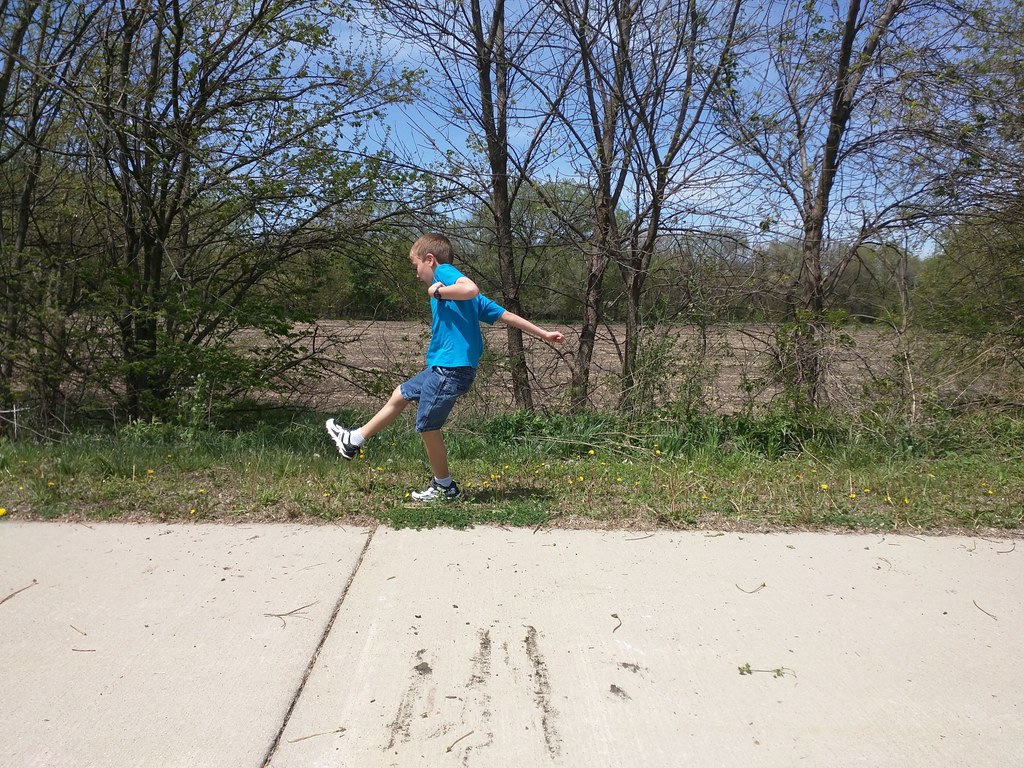 We walked around Beatrice a bit, and I noticed this rails-to-trails area. Jacob and Oliver were immediately interested (since it was railroad-related). They quickly turned it into a game of kick-the-dandelion, trying to kick dandelions off their stems and see how high in the air they could get them. The answer: pretty high. 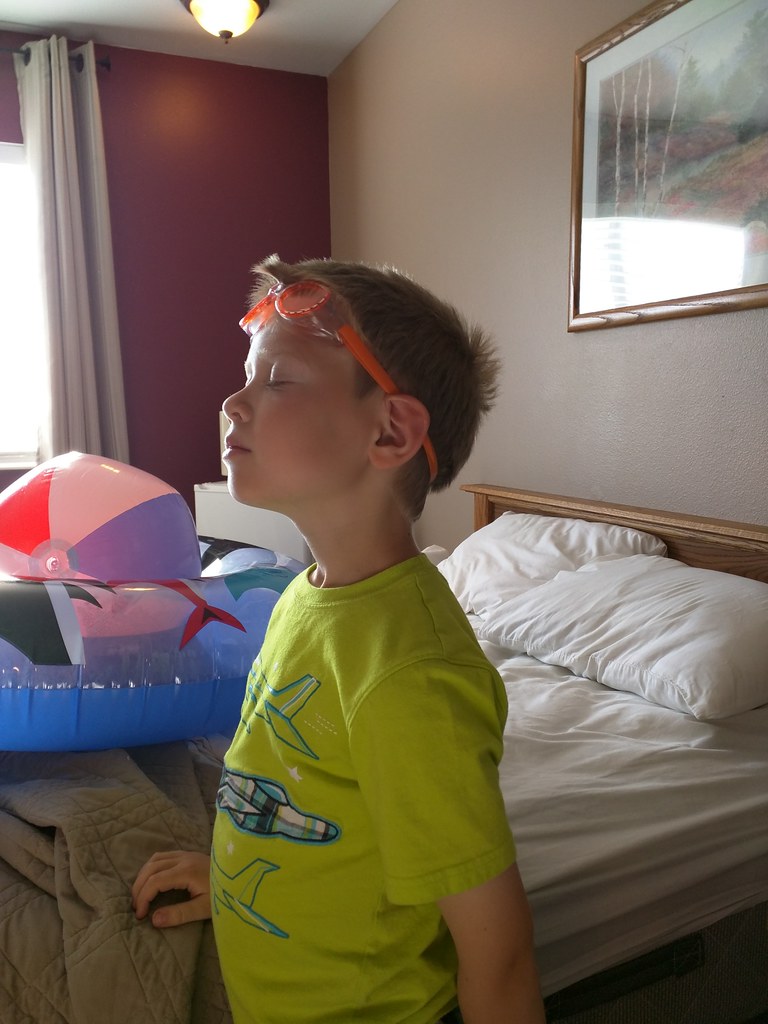 Of course, you can’t go wrong with swimming. Here’s Oliver getting ready for some swimming. 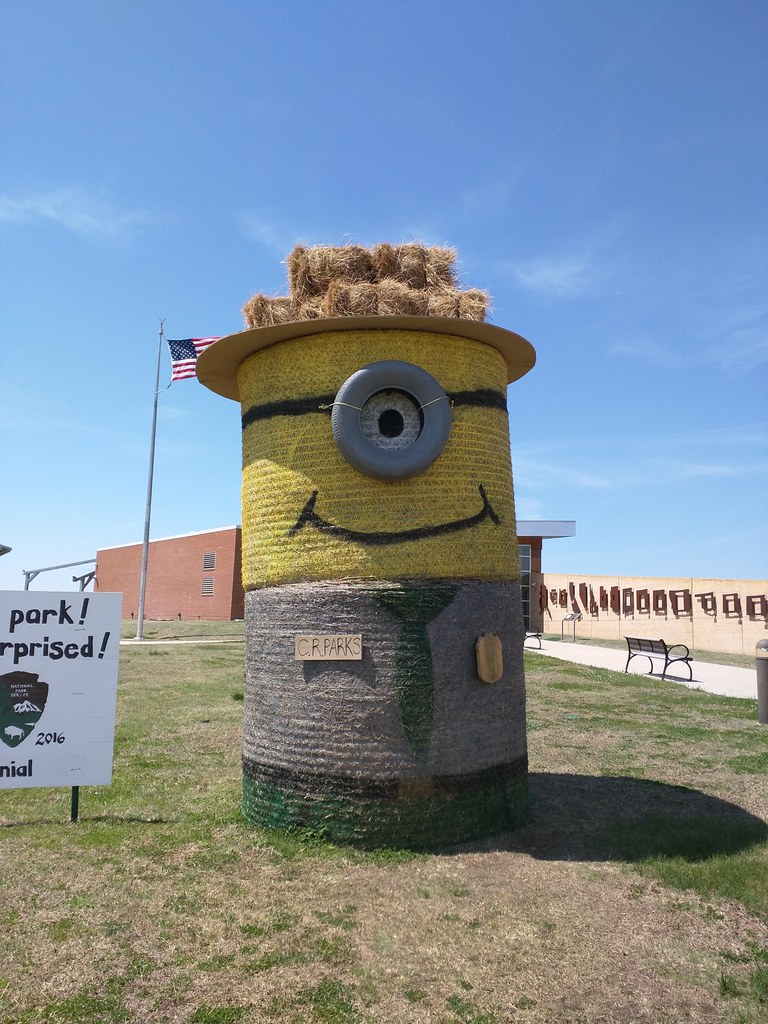 Right near Beatrice is the Homestead National Monument. Of course, the bales decorated like a minion got their attention. 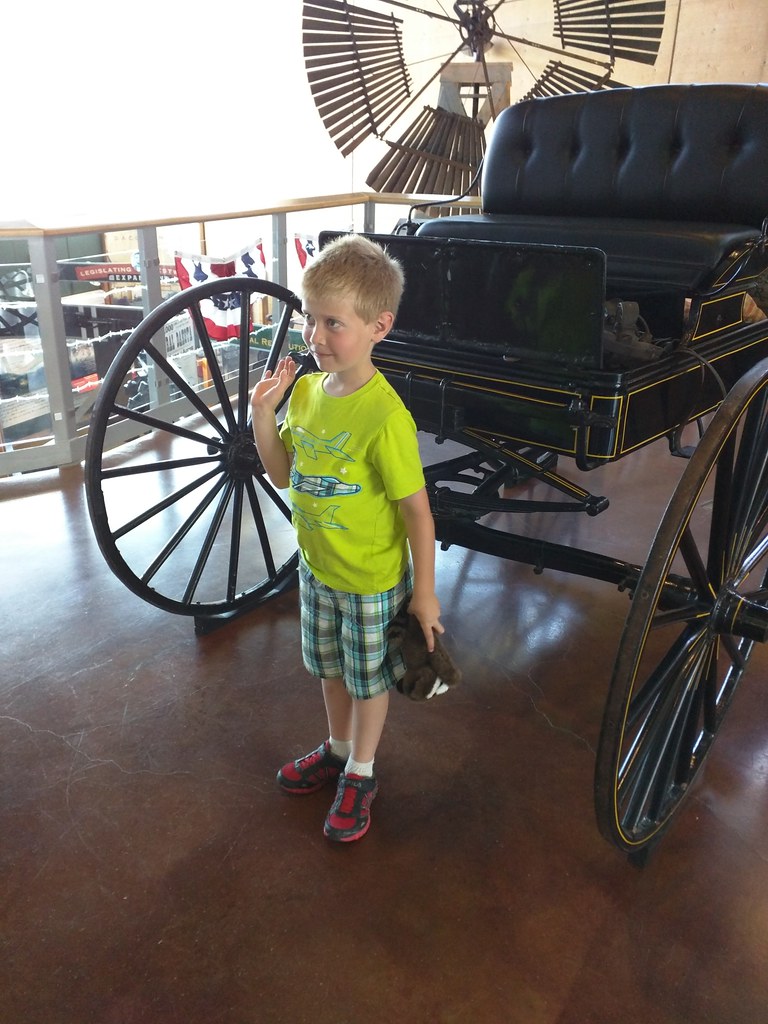 Like the other national parks, this one has a junior ranger program. You complete a few things in an activity book and take a pledge to protect the park, and then you get a badge and some stickers. Here’s Oliver proudly taking his pledge, holding the new raccoon he bought in their gift shop.

Laura and I have been to Canyon, TX, twice — the first was for our honeymoon. Yes, we did get some strange looks when we told people we were going to Amarillo for our honeymoon. But it was absolutely perfect for us. We both enjoy the simple gifts of nature.

We kept thinking “we’ve got to take the boys here”. So this weekend, we did. We flew a Cessna out there. 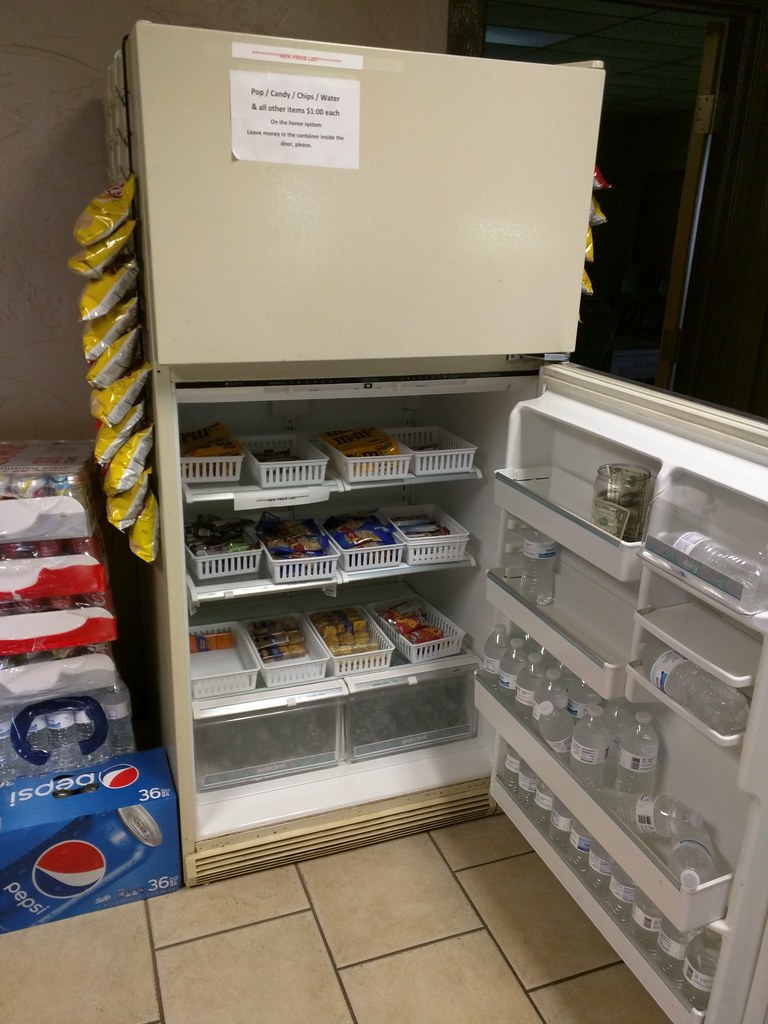 Almost every little general aviation airport seems to have a bowl of candy, a plate of cookies, or some such thing for people that are flying through. I often let Jacob and Oliver choose ONE item.

They hit the jackpot when we stopped at West Woodward, Oklahoma for fuel and a break. Two whole fridges stocked with stuff: cans of pop in one, and all sorts of snacks in the other. In typical GA fashion, there was a jar in the fridge asking for $1 if you took something. And it clearly hadn’t been emptied in awhile.

They also had a nice lounge and a patio. Perfect for munching while watching the activities on the ramp. 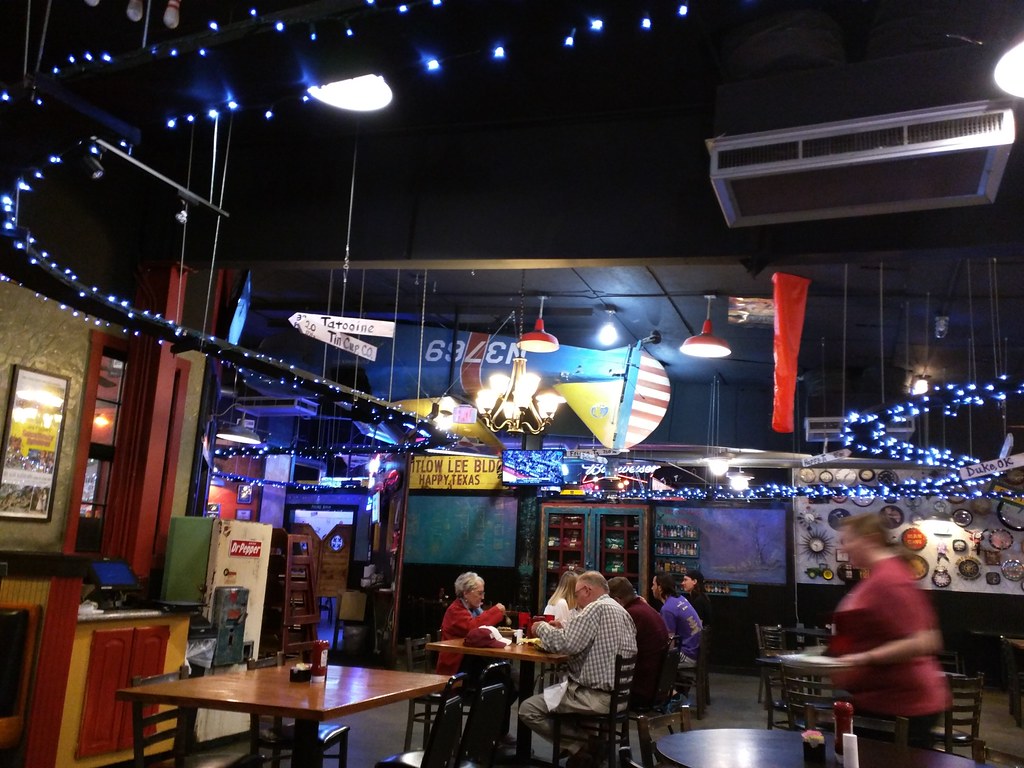 After landing at the beautiful little Tradewind Airport in Amarillo, we ate dinner at Feldman’s Wrong-Way Diner in Canyon, TX. Oh my, was that ever popular with the boys.

The eagerly looked around to find anything that was “wrong” — a plane hanging upside down from the ceiling, a direction sign saying “Tattoine – 30 parsecs”, movie posters hung upside down, whatever it might be. The fact that model trains were whirring past overhead certainly didn’t hurt either. 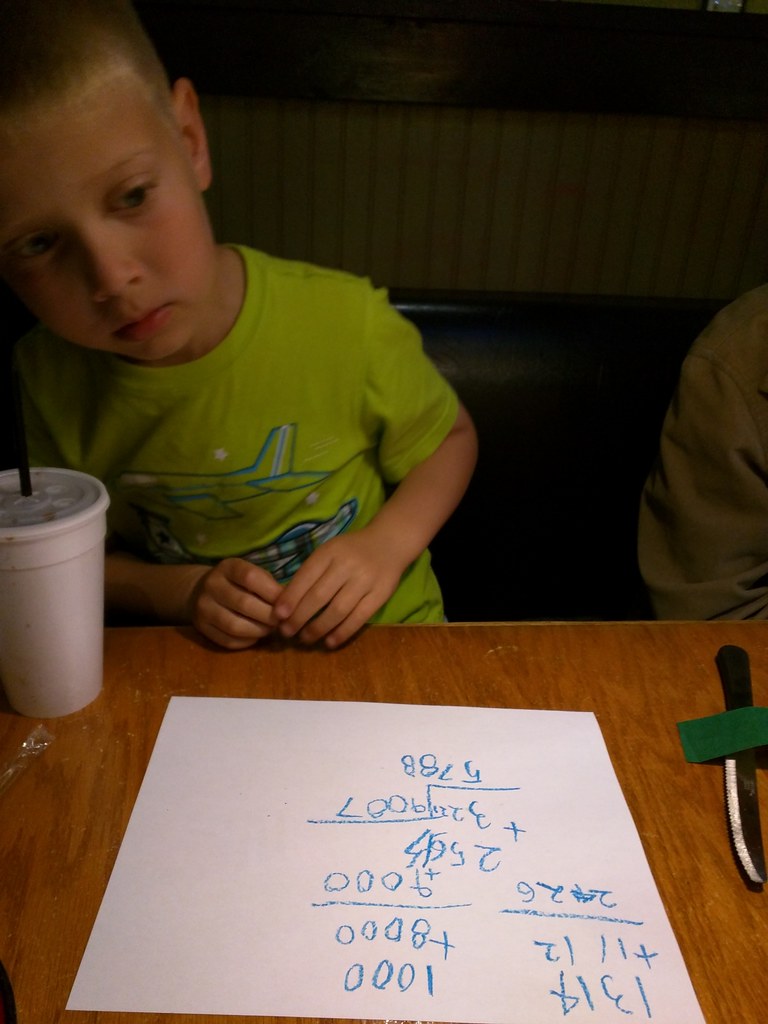 They had a giant bin of crayons by the entrance. Jacob and Oliver each grabbed a fistful, and decided it would be fun to do some math problems while we wait. Oliver particularly got into that, and was quite accurate on his large addition problems. Impressive for a first-grader! 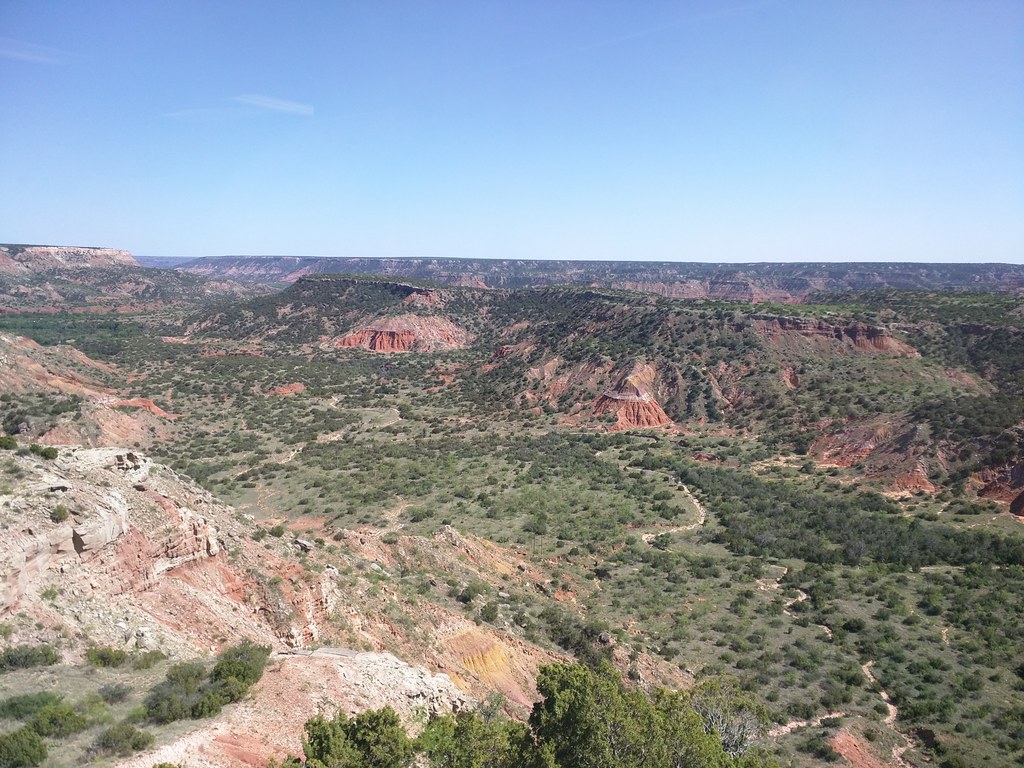 Of course, the big highlight of the area is Palo Duro Canyon. Jacob and Oliver were so eager to explore the canyon that they were just about bubbling over with excitement the night before. They decided that we should explore one of the most difficult trails in the canyon – one that would take us from the bottom of the canyon all the way to the top and back, about 2.5 miles each way. 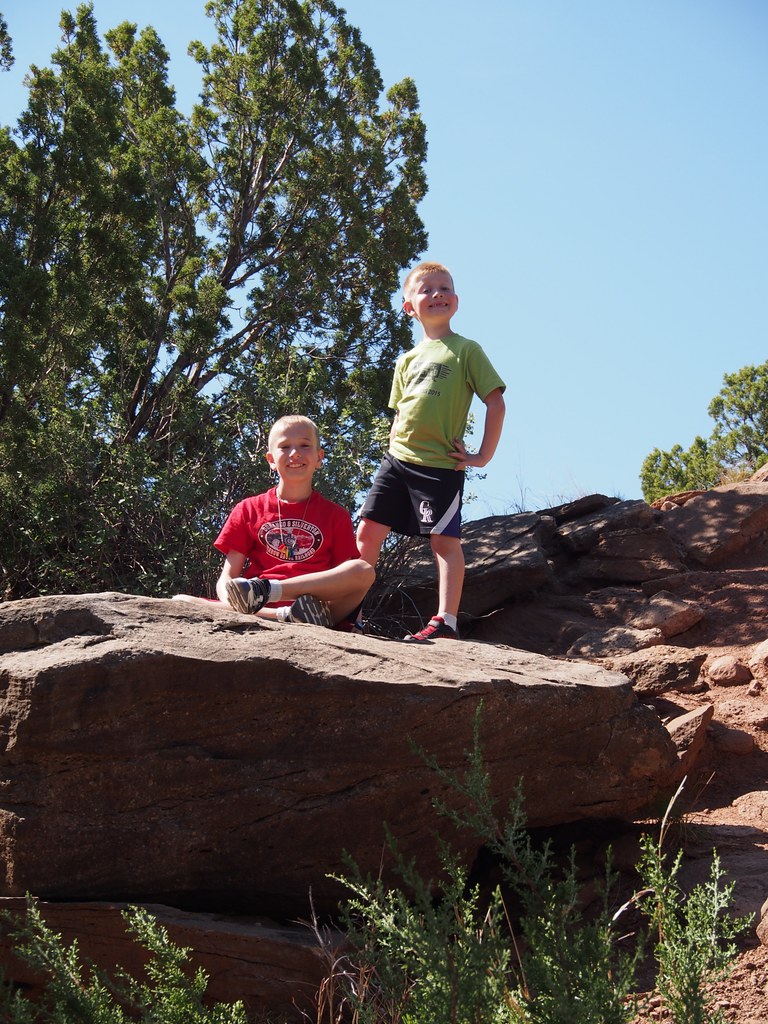 And they LOVED it. We’d stop every few minutes to climb on some rocks, smash up some pieces of sandstone, munch on a snack, or even watch a lizard scurry past. 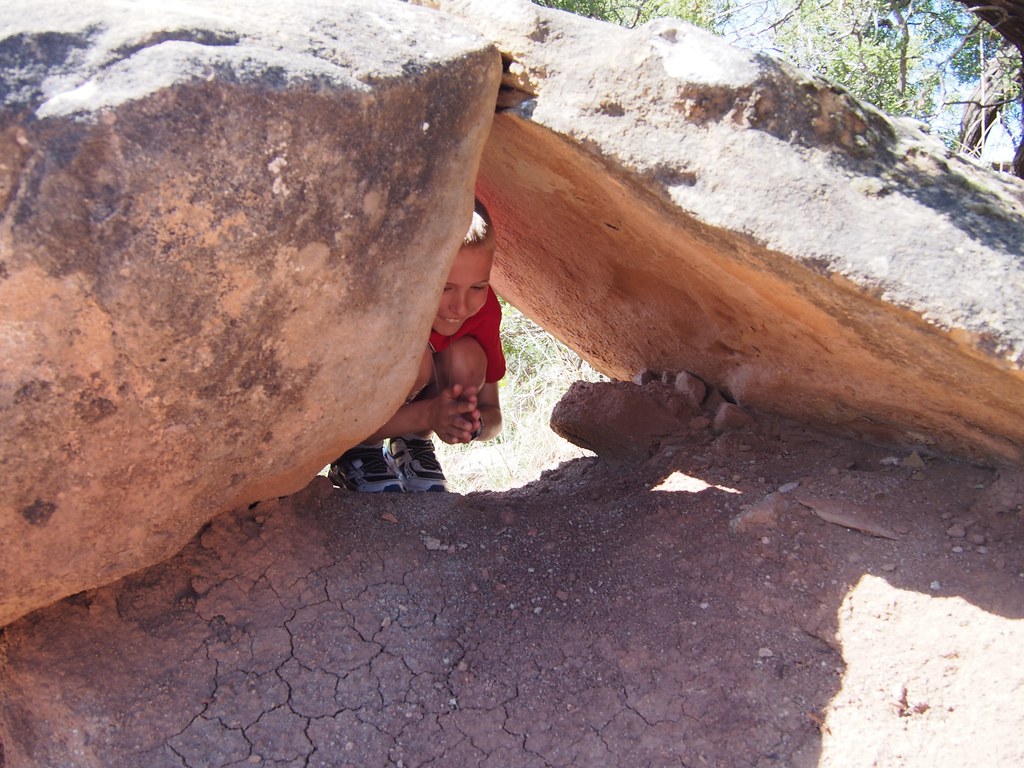 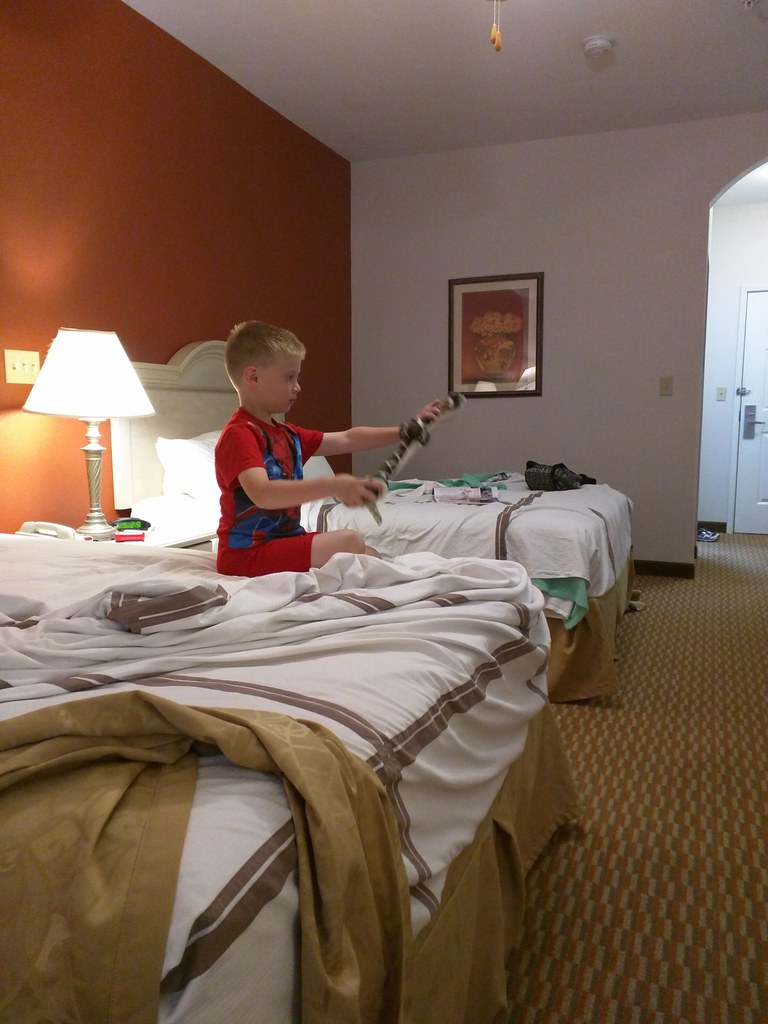 At the “trading post” in the canyon, both boys explored the gift shop. Jacob happily purchased a Texas magnet and Palo Duro Canyon keychain, which he carried around the rest of the weekend. Oliver loves stuffed animals, and he bought a cuddly little (but long) snake. When we got back to the hotel, he tied a couple of knots in it, and it became “snake airlines”. Here is the snake airline taking off.

He named it “Rattletail the friendly snake”, which I thought was a pretty nifty name. 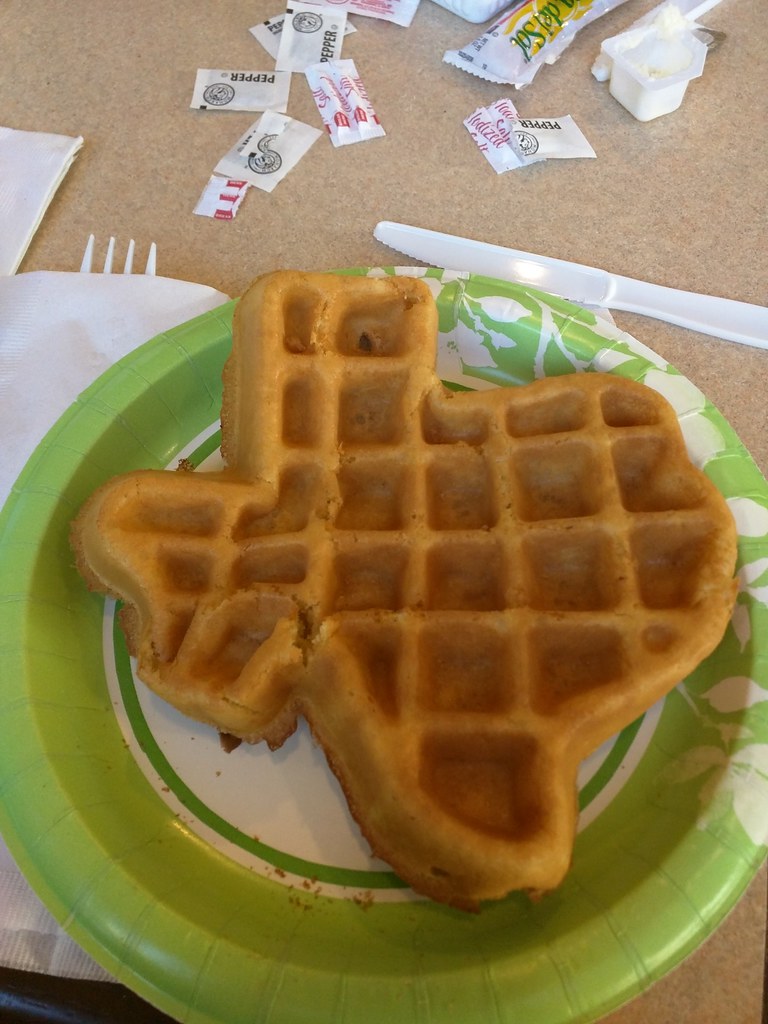 The hotel’s waffle maker made Texas-shaped waffles, clearly a hit! 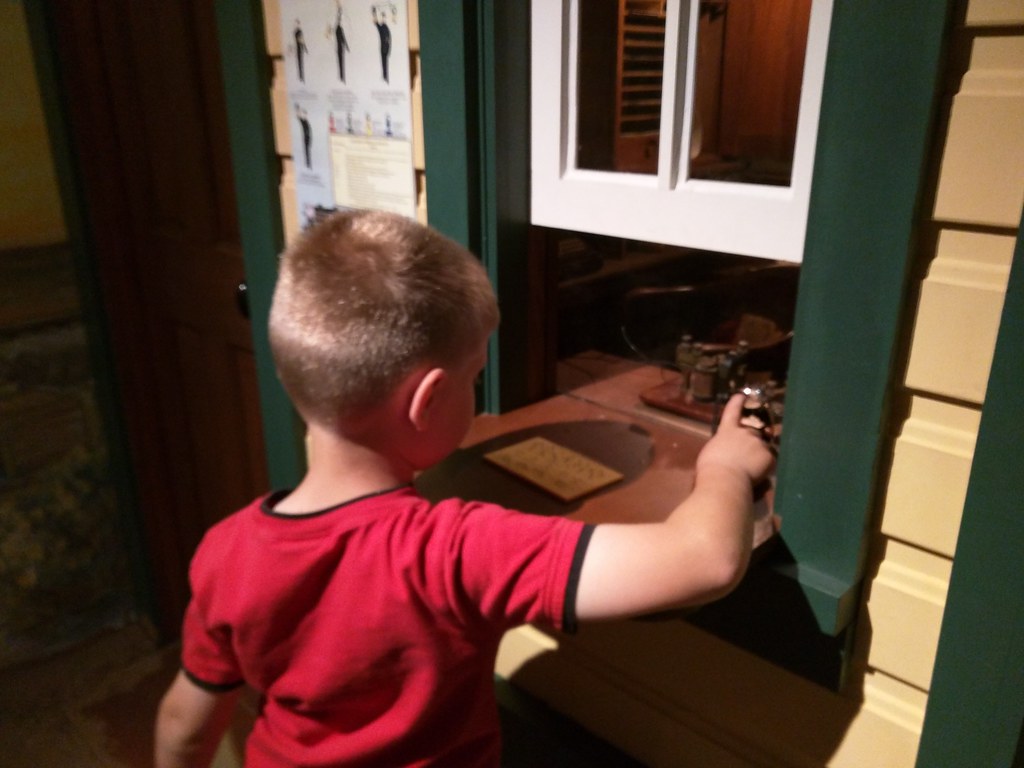 Saturday, we explored the absolutely massive Panhandle-Plains Historical Museum. (How does something that huge wind up in Canyon, TX?) Both boys enjoyed spending hours there. Here’s Oliver in Pioneer Town (an indoor recreation of a 1900s town) sending a telegraph message.

Oliver wanted to help with the plane. He helped me tie it down in Amarillo, helped check it over during preflight, basically got involved in every part of it. Jacob studied aviation maps (sectionals) with me, planning our flight, figuring out how fast we’d go. I loaded Avare (an Android app) on an old tablet for him, so he had aviation maps in the cockpit just like me. He would be telling us how fast we were going every so often, pointing out landmarks, etc.

When it was time to head back home, both boys wanted to stay longer — a sure sign of a good trip. They wanted to hike another trail in the canyon, go back to the museum, and “eat at Feldman’s 18 more times.” (We got there twice, which was plenty for Laura and me!)

On our drive home, Oliver said, “Dad-o, will you teach me to be a pilot? You should be my flight instructor. Then I could fly everywhere with you.”

4 thoughts on “The Simple Joys of the Plains”