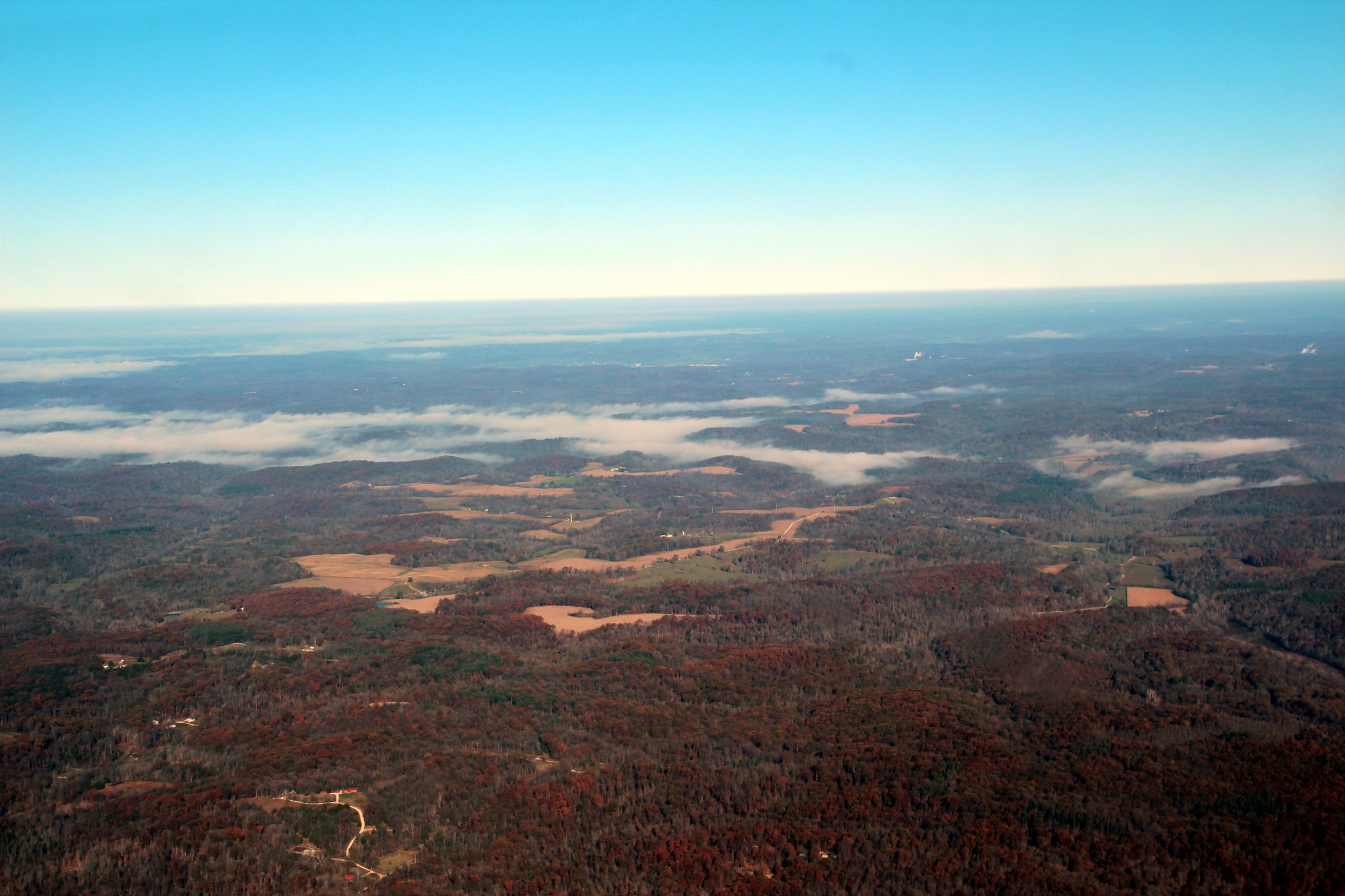 Two years ago, I was in the middle of the forest in rural southern Indiana. It was a time of hope – of defeating racism, sexism, xenophobia. Hope for affordable health care, for peace, for care for the young and the old. Then I woke up, in that beautiful place, to the news that Donald Trump would be president. Trump. President.

A few days later, I wrote Morning In The Skies, which included, in part:

Not long after the election, I got in a plane, pushed in the throttle, and started the takeoff roll down a runway in the midst of an Indiana forest. The skies were the best kind of clear blue, and pretty soon I lifted off and could see for miles. Off in the distance, I could see the last cottony remnants of the morning’s fog, lying still in the valleys, surrounding the little farms and houses as if to give them a loving hug. Wow.

Sometimes the flight is bumpy. Sometimes the weather doesn’t cooperate, and it doesn’t happen at all. Sometimes you can fly across four large states and it feels as smooth as glass the whole way.

Whatever happens, at the end of the day, the magic flying carpet machine gets locked up again. We go home, rest our heads on our soft pillows, and if we so choose, remember the beauty we experienced that day.

Really, this post is not about being a pilot. This post is a reminder to pay attention to all that is beautiful in this world. It surrounds us; the smell of pine trees in the forest, the delight in the faces of children, the gentle breeze in our hair, the kind word from a stranger, the very sunrise.

I hope that more of us will pay attention to the moments of clear skies and wind at our back. Even at those moments when we pull the hangar door shut.

For two years, I have often reflected on the bittersweet memories of that trip to Indiana. But for some reason, I hadn’t shared that photo until today. That beautiful valley-hugging fog is what you see above.

These last two years have been — well, full. Full of hate, even of death in the wake of several racist murders. But that’s not all. These years have also been full of an awakening, a swelling of people that care. People that care enough to do something. All across the country, people have risen up to send the message: “Trumpism is not American.” My own family did something we never had before: joined a protest, against families being separated. I and many others knocked on doors and made phone calls for the first time. Millions of Americans care and are doing something. We have seen the true colors of what the GOP has become, and it’s ugly, but people care. What’s more, we’ve won the first battle. Here in what the media often calls “deep-red Kansas”, we will have a Democratic governor. Racism and vote suppression has been sent packing, here in Kansas.