“Will you have a car I can borrow?” I asked.

“Sure. No charge. There’s a sign telling you where to find the key.”

It is pretty common for small airports to have a car for a pilot to borrow when flying in. This lets a person go into town for lunch, or visit friends. And it’s usually free, with a can to donate a few bucks or a polite request to fill up the tank when you’re done.

Still, when I had called ahead to ask about flying into the airport in a small town in north-central Kansas, I hadn’t expected to be told to just waltz into the place and take the key. But they had no staff at the airport most of the time. So, to me — another person from a small town — it made perfect sense. Somehow, because of that phone call, this town I had visited once, maybe 25 years ago, seemed instantly familiar.

My mom grew up in a small town near there. She wanted me to see where she grew up, to meet some people that meant a lot to her. As it’s quite a distance from home, I offered to fly her there. So, Laura, mom, and I climbed into a Cessna one morning for the flight northwest. We touched down at the airport, and I pulled the plane up to the little terminal building. 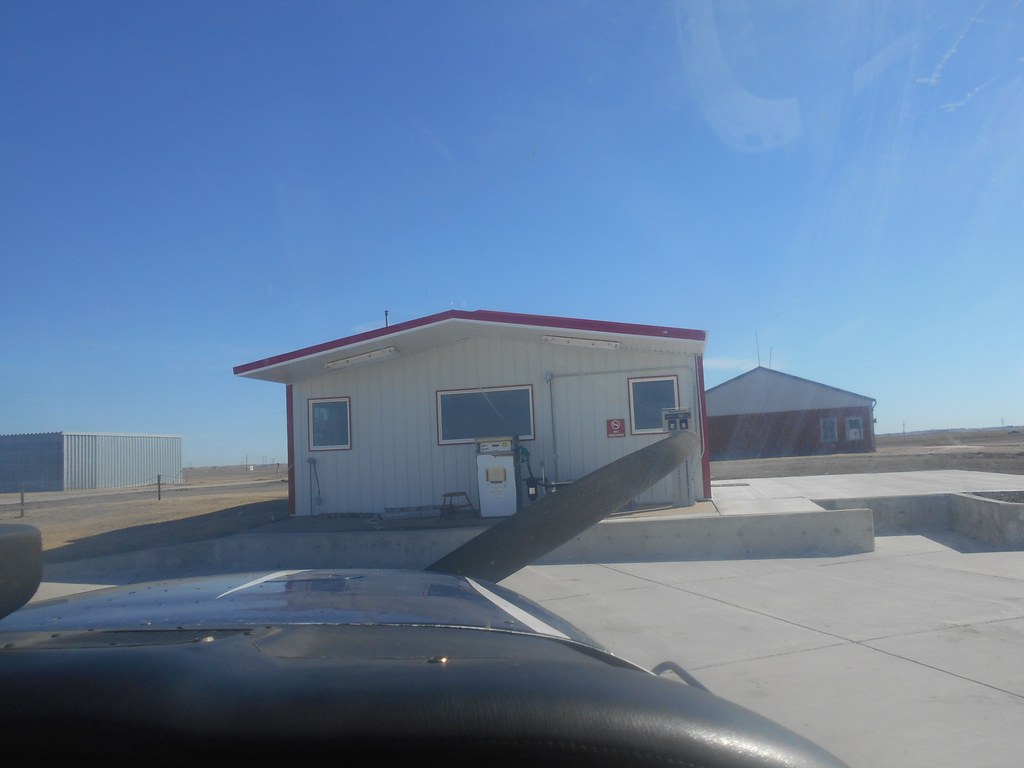 After I took care of parking the plane, I went to find the car. Except the car was missing. Some other pilot had flown in the same day and was using it, according to the logbook on the desk. I called the number on a sign — which rang to the sheriff’s office — and they confirmed it. According to the logbook, this was only the third time that car had been driven since Thanksgiving. Were we stuck at the airport a few miles out of down?

Nope. Mom called the people we were going to meet, a wonderful couple in their upper 80s. They drove out to pick us up. I’m rather glad the car was gone, because I had such a great time visiting with them. Norris told me about the days when the state highways were gravel — how they’d have to re-blade them every few days due to all the traffic. I heard about what happened when the people in that community heard of some folks in Africa in need of car equipment — they modified a tractor to fit in a shipping container and shipped it to Africa, along with a lot of books, blankets, supplies, and anything else needed to fill up a huge shipping container. Sounds like something people around here would do.

We drove around a couple of the small towns. The town my mom grew up in has seen better days. Its schools closed years ago, the old hotel whose owner gave her piano lessons is condemned, and many houses have been lost. But the town lives on. A new community center was built a few years ago. The grain elevator is expanding. Every time a business on Main Street closes, the grocery store expands a little bit: it’s now a grocery store with a little hardware store and a little restaurant mixed in. “The mall”, as the locals jokingly call it. And, of course, two beautiful small churches still meet every Sunday. Here’s the one my mom attended as a child. 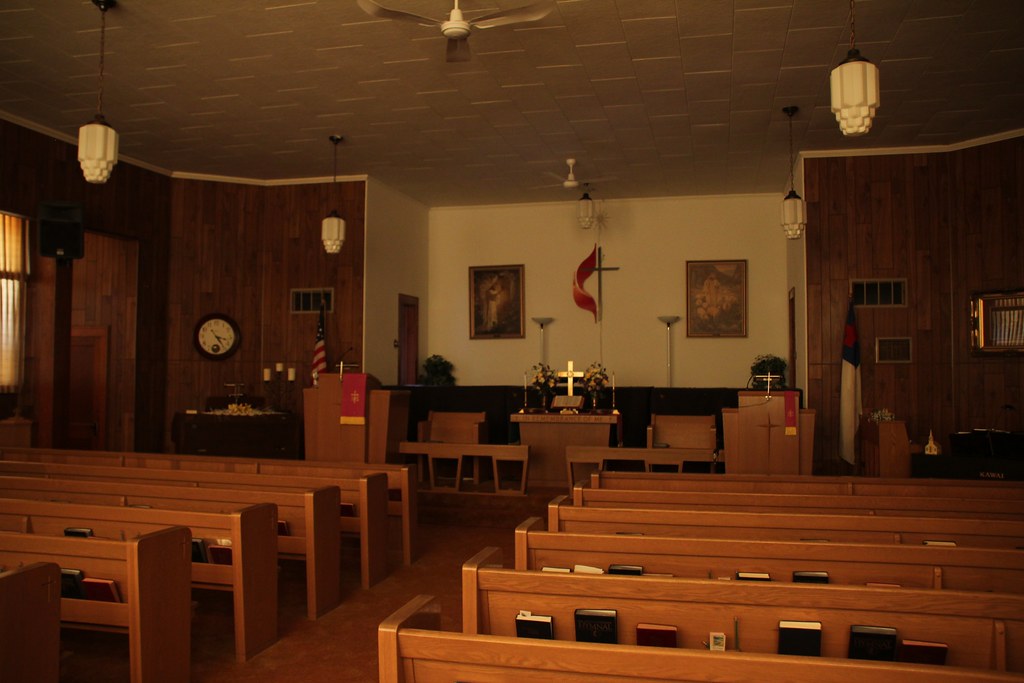 We drove past the marker at the geographic center of the contiguous United States. Norris saw some other visitors, rolled down his windows, and treated them — and us — to an unexpected story of the time thousands of people banded together to completely build a house in a single day, just down the road. Smiles all around.

So here I was, nearly 200 miles from home, in an unfamiliar town – but one where I could just feel the goodness. After spending a few hours with these people, I felt like they were old friends.

As I flew us home, I spotted one of my favorite Kansas sights: a beautiful sunset. From the plane, it almost looks like the land at the horizon turns blue like the ocean, and above it the last hint of sun paints the canvas-sky.

In this week of controversy, politics, and reports of violence, it reminds me that we all get the privilege of sharing this beautiful Earth. I didn’t ask anybody on that trip about their politics, religion, or opinions on any of the divisive issues of the day. Whether they agree with me on those things or not is irrelevant. I got to spend a day with good-hearted and delightful people, so I flew back with a smile. 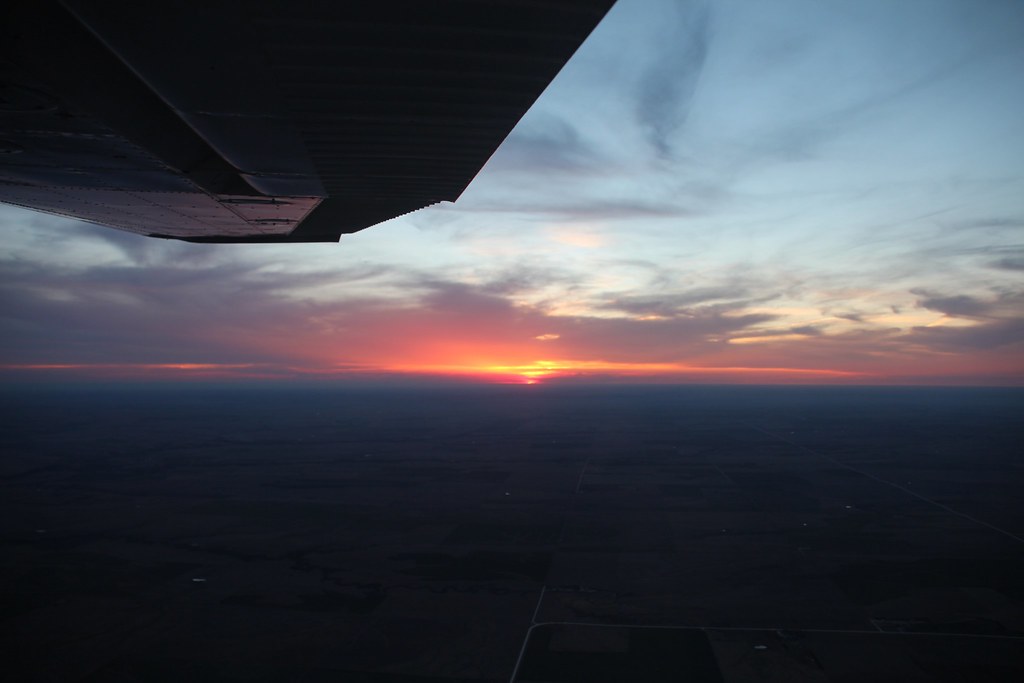