“The airplane may be the closest thing we have to a time machine.” 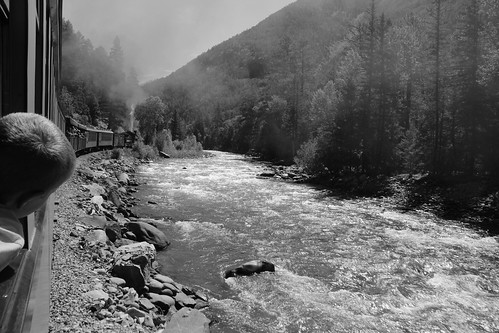 There is something about that moment. Hiking in the mountains near Durango, Colorado, with Laura and the boys, we found a beautiful spot with a view of the valley. We paused to admire, and then –

The sound of a steam locomotive whistle from down below, sounding loud all the way up there, then echoing back and forth through the valley. Then the quieter, seemingly more distant sound of the steam engine heading across the valley, chugging and clacking as it goes. More whistles, the sight of smoke and then of the train full of people, looking like a beautiful model train from our vantage point. 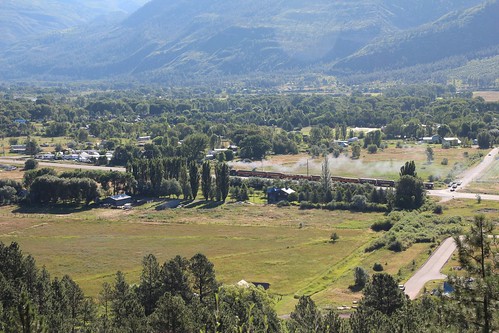 I’ve heard that sound on a few rare recordings, but never experienced it. I’ve been on steam trains a few times, but never spent time in a town where they still run all day, every day. It is a different sort of feeling to spend a week in a place where Jacob and Oliver would jump up several times a day and rush to the nearest window in an attempt to catch sight of the train. 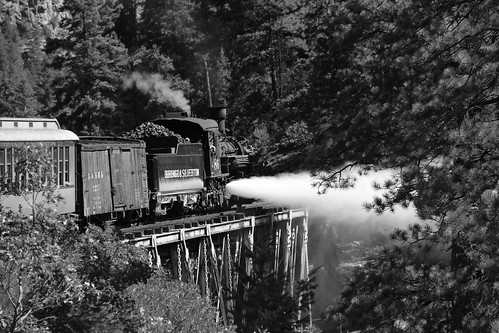 Airplanes really can be a time machine in a sense — what a wondrous time to be alive, when things so ancient are within the reach of so many. I have been transported to Lübeck and felt the uneven 700-year-old stones of the Marienkirche underneath my feet, feeling a connection to the people that walked those floors for centuries. I felt the same in Prague, in St. George’s Basilica, built in 1142, and at the Acropolis of Lindos, with its ancient Greek temple ruins. In Kansas, I feel that when in the middle of the Flint Hills — rolling green hills underneath the pure blue sky with billowing white clouds, the sounds of crickets, frogs, and cicadas in my ears; the sights and sounds are pretty much as they’ve been for tens of thousands of years. And, of course, in Durango, arriving on a plane but seeing the steam train a few minutes later.

It was fitting that we were in Durango with Laura’s parents to celebrate their 50th anniversary. As we looked forward to riding the train, we heard their stories of visits to Durango years ago, of their memories of days when steam trains were common. We enjoyed thinking about what our lives would be like should we live long enough to celebrate 50 years of marriage. Perhaps we would still be in good enough health to be able to ride a steam train in Durango, telling about that time when we rode the train, which by then will have been pretty much the same for 183 years. Or perhaps we would take them to our creek, enjoying a meal at the campfire like I’ve done since I was a child.

Each time has its unique character. I am grateful for the cameras and airplanes and air conditioning we have today. But I am also thankful for those things that connect us with each other trough time, those rocks that are the same every year, those places that remind us how close we really are to those that came before.