You never quite know what to expect with children. For Halloween this year, Laura found some great costumes at a local thrift store. Jacob loved his “matador” costume, with a cape and vest. He had fun swishing the cape around him. But he didn’t want to use the nice hat with a red flower in it that Laura found. Nope. What he wanted was the hat with plastic springy things that she got on a lark – he said it was “insect antennae” and that he was an “insect matador”. This prompted some confused looks and big smiles from the people he saw when we went trick-or-treating! 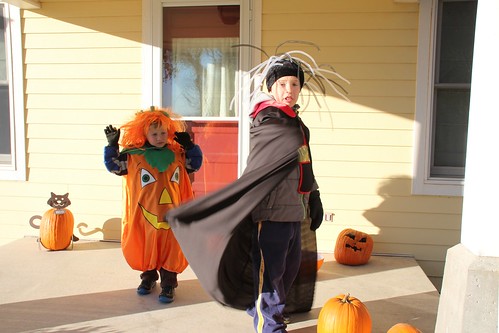 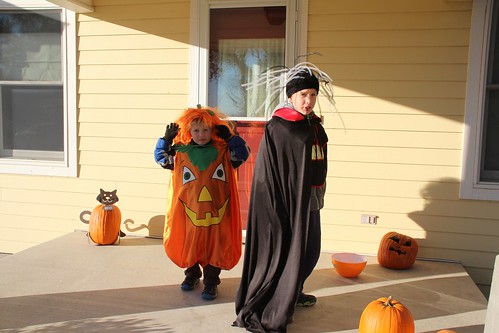 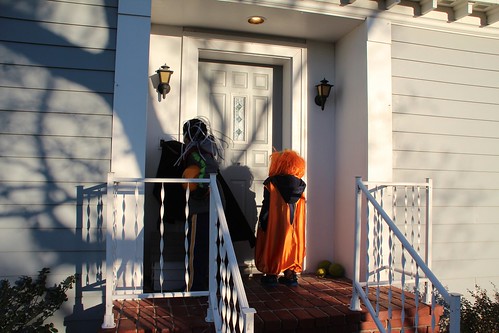 And, of course, Jacob running with the cape flowing behind him: 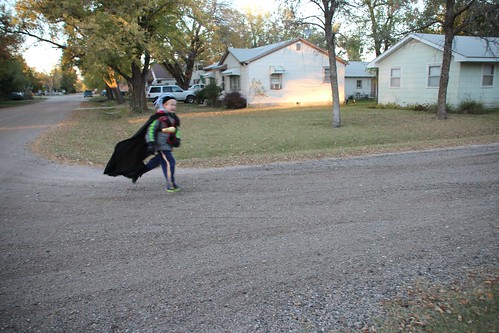